Discover India in Pittsburgh Change City
Go Back
Go Back 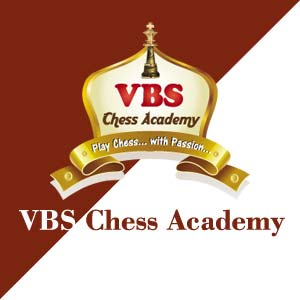 VBS Chess Academy is one of the best chess academies in Tamilnadu which was formally launched by International Rated players Mr. N. Venkatraman and Mr. T. Sundarrajan along with Bharathidasan University Chess Champion Mr. R. Balaji at Trichy in the year 2004.

VBS chess Academy is not only providing professional chess knowledge also creating awareness of chess among parents. The co-ordinator Mr. R. Balaji of VBS chess Academy is conducting PEP(Parent's Educational Program) classes for all the parents who wish to learn chess at free of cost through school chess clubs. Many parents have appreciated the effort of VBS Chess Academy's main idea, which helps the parent to understand and learn chess in a professional manner.

VBS chess Academy has been so popular among Trichy chess lovers because it has created a lot of awareness about chess through schools and conducted many District Chess tournaments and State level tournaments.